Redmond tries to keep up with housing growth 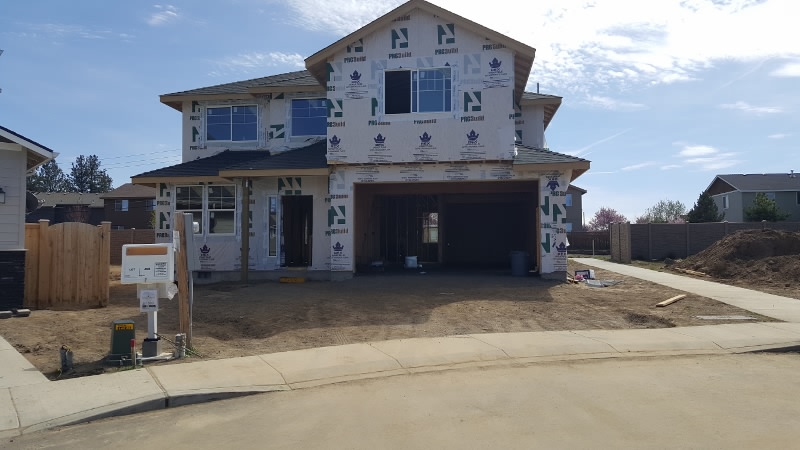 Redmond tries to keep up with surging development

2015 was Redmond’s first full year of development recovery since the recession, officials say

By Aaron West / The Bulletin

As residential development surges in Redmond, the city is working on an overdue update to its out-of-date affordable housing plan, written nine years ago.

“Development is up, and it’s up significantly,” CDD Director Heather Richards said at a City Council work session last week, when she called 2015 “the first full year of development recovery in Redmond” since the recession.

The building permits reflect the economic health and growth of the community, Richards said. Meanwhile, planning permits, which encompass applications like zone change requests, land use variance requests and residential plan reviews, are a good indicator of future growth.

“A lot of (the planning activity) is master plan review that sets the stage for residential development,” Richards said last week. “But there’s also some site and design projects coming through.”

In 2015, according to CDD’s monthly activity reports, a month didn’t go by with fewer than three building permits issued for new construction on single-family dwellings. In January, for instance, three permits were issued — the year’s low point — and in April and December there were 26. Meanwhile two predevelopment applications for housing development master plans were submitted to the city’s planning department last year, along with several predevelopment applications for residential subdivisions.

The Redmond City Council gave its approval to one of the master plans — a 187-unit Hayden Homes housing development called Obsidian Trails — earlier this year. In March it OK’d the city’s annexation of 33 acres — its first annexation since 2009 — in preparation for another 240-unit development.

Even with the growth, the numbers aren’t quite what Richards said the department would like to see. She said she’s aiming for at least 250 building permits issued for new residential construction annually and for commercial permits to double.

“Number of permits and valuation are still considerably lower than those recorded in 2007; however, an upward trend is promising and indicative that vacant commercial and industrial space is being absorbed, starting to create a market for new construction,” work session documents that outline the city’s housing priorities state.

Another priority listed in the work session document is the city’s Affordable Housing Plan.

The plan, written in 2007, lays out Redmond’s needs and objectives for making more housing available to lower-income residents and seniors — as determined nearly a decade ago. Created with an expiration date of 2012, the plan was never meant to go this long without a revision.

The plan — along with any updates it might receive — was derailed when the recession hit, with almost none of its seven priorities completed. These include goals like taking an inventory of existing land to identify potential surplus land for affordable housing, creating incentives for developers to build affordable housing and supporting homeowner education.

“None of these have happened,” said Richards at a February Housing and Community Development Committee meeting. “(The plan’s) first two action items are evaluate staffing need (to implement the objectives) and hire staff if necessary, and 2008 was when we eliminated 70 percent of the staff. So it went to the shelf.”

But now that economy and community growth is on the rebound, the time has come to revisit the plan. Redmond’s Housing and Community Development Committee, which is in charge of drafting the updated plan, has been exploring different sources for new ideas.

At last month’s Housing and Community Development meeting, Bend’s Affordable Housing Manager Jim Long gave a presentation to committee members that outlined tools worth paying attention to as Redmond goes about its update.

“In Central Oregon, we’re kind of an island,” he said last week. “We don’t get a lot of attention from the other side of the hill, so we have to come up with our own solutions.”

Long’s presentation went over affordable housing tools like system development charge exemptions and density bonuses that increase a residential zone’s density rules for affordable housing developers. These ideas and new ones were also tackled by the University of Oregon’s Sustainable Cities program last year — another source the HCDC is tapping into.

Ren Thomas, who taught the program’s housing policy course, said the class split into two groups to provide long- and short-term recommendations to the city. These included forming a regional affordable housing plan that might give Redmond access to federal funding it doesn’t currently have, as well as engaging with local nonprofits, housing developers and the public as it updates its plan.

“In the last plan, a lot of the local people and groups (the students interviewed) hadn’t participated, and they didn’t know about it or about the strategies and how they were going to be implemented,” Thomas said. “Nonprofit housing providers or developers weren’t engaged in the process of writing the plan and didn’t know about the tools the city had available. That also applies to the public — marginalized groups hadn’t always been included.”