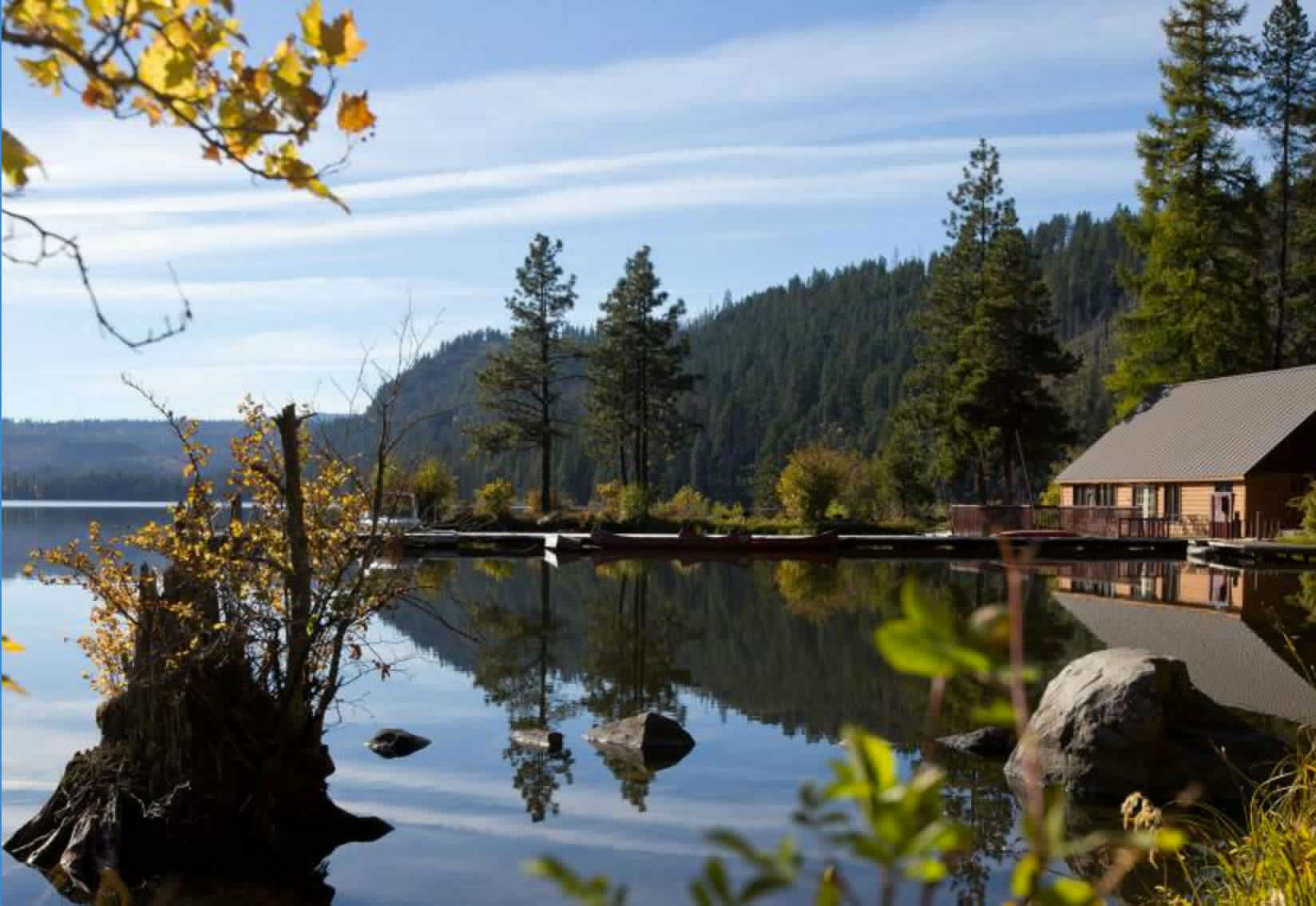 The Portland developers who purchased Suttle Lake Resort for $1.5 million plan upgrades to The Boathouse restaurant, pictured. The restaurant was damaged in a 2014 flood, along with the marina, which is also a priority for being fixed up.

One of Portland’s trendiest development groups is getting into the lake resort business.

Dave Schrott and Robert Sacks of A&R Development have purchased The Lodge at Suttle Lake from Ronda Sneva for $1.5 million, Schrott confirmed Wednesday. The resort, which sits 12 miles northwest of Sisters on 22 acres of U.S. Forest Service property, includes an 11-room lodge, 16 cabins, a marina and restaurant.

“It’s a beautiful spot in our beautiful state,” said Schrott, whose group closed on the resort Sept. 23. “We’d seen it a long time ago — a couple years ago — when the price was substantially higher. When it came down, we reintroduced ourselves and went for it.”

The lodge was listed for sale at $2.7 million in August 2014 and had been as high as $3.7 million earlier that year, according to Bulletin archives.

The Lodge at Suttle Lake will be Schrott and Sacks’ first project in Central Oregon, but the two developers have been involved in high-profile redevelopments in Portland. In 2007, they gutted the former Clyde Hotel, which was built in 1912, and converted it into the boutique Ace Hotel, a project that helped transform an entire block of Stark Street near downtown Portland. Schrott and Sacks were also behind The Lumberyard, an indoor mountain bike park housed in a former bowling alley on NE 82nd; the Spirit of ’77, a stylish sports bar near the Moda Center, home of the Trail Blazers; and Coopers Hall, a winery and taproom in Portland’s emerging Central Eastside that eschews bottles in favor of kegs.

While specific renovations are still very much in the planning stage, according to Schrott, his group has targeted two portions of the lodge in immediate need of upgrades — The Boathouse restaurant and the marina, both of which were damaged during a spring 2014 flood.

“We’ll get The Boathouse back in operation and fix up the docks,” Schrott said.

The Mighty Union, a Portland-based hotel and restaurant group, has already signed on to work with A&R Development on the lodge. One of the partners behind The Mighty Union, Jack Barron, is a co-owner of the Ace Motel, while another, Donald Kenney, is the hotel’s general manager. Barron also is one of the operators of the Spirit of ’77, and Kenney is the bar’s business manager.

“It’s such a beautiful place, and The Boathouse has such good bones,” said Barron, who emphasized he and Kenney are still in the very early stages of evaluating the property. “We’ll let the place tell us what it needs and how to address it.”

Sneva, the former owner, bought the resort in 2003 after first coming aboard as a co-owner of just The Boathouse. Under her ownership, the present-day lodge was built, as were six new cabins.

“Without The Boathouse, it was very difficult to serve the tourists and guests,” she said Wednesday. “We tried to run the restaurant from the lodge, but it really took away from the ambiance there.”

No timetable has been set for when the resort will reopen — Sneva closed the lodge’s doors Oct. 5 — though Schrott said they hope to start taking summer reservations sometime at the start of the new year.

“This is new and a bit of a different direction for us,” Schrott said about taking on the renovation of a lodge. “But we move around a lot and are excited to try something different.”