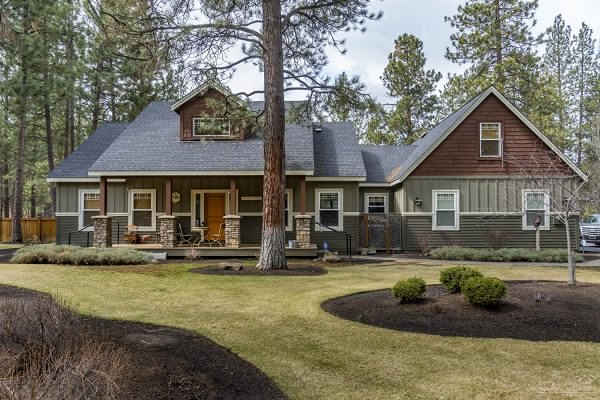 Central Oregon real estate buyers, sellers and investors will have another way to peer into the market with the release of a new repeat-sales index.

The index, released this week by the Central Oregon Association of Realtors, shows the value of residential property has risen 41 percent since 2007. The index value was at 100 in 2007 and rose to 141 in 2017.

The Realtors association hired ECONorthwest, a Portland consultant, to create the price index along with a quarterly market report, which also went out to members this week. “We were looking at different ways to really understand all the data in the market, how to look at that over a long period of time and compare ourselves to other markets,” said Kim Gammond, spokeswoman for the real estate brokers group.

Like the S&P CoreLogic Case-Shiller index, the Realtors index tracks repeat home sales over time. That approach controls for changes in the quality and sizes of homes that are sold, but it also means that new construction gets left out of the mix, according to ECONorthwest’s market report. So it’s helpful to use multiple metrics to track the market, the report said.

ECONorthwest points out that the price index shows a smoother growth curve than tracking average prices at different points in time. The index dropped to a low of 85 points in 2012 and began to accelerate by double digits in 2014. Last year, the index reached 141.3, up 13 percent from 2016.

“Prices are going up about 10 percent a year,” Gammond said. “That helps you make some financial decisions, whether you’re a buyer, or seller or investor.”

In the Portland metro area, prices are no longer growing by double digits, but that has yet to happen in Bend and Oregon’s other small metropolitan areas, said Josh Lehner, economist with the Oregon Office of Economic Analysis.

The state is expecting population growth to slow down this year, so that could affect demand and prices, he said. Higher interest rates and a lack of affordability also could dampen consumer demand, he said. The Realtors’ first-quarter market report showed the median sales price for existing homes in the Bend area was $415,000, and new construction was $396,540. Almost 25 percent of Bend homes sold during the first quarter were newly built, but that did not give them a price premium, ECONorthwest noted. That illustrates the strength of the Bend home market, the firm said.

In the Redmond area, the median existing-home price was $269,500, and the median new-home price was $302,360. “One notable difference between this submarket and the Bend submarket is that prices appear to have leveled off — median home prices are stable over the past five quarters,” ECONorthwest noted.

The full report is available on the Central Oregon Association of Realtors’ website under “market statistics.”