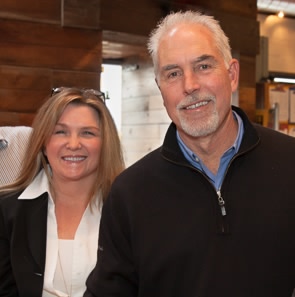 Bend’s reputation for its startup community makes us Startup City, USA.  As a Bend Real Estate Broker we have also experienced the incredible opportunities Bend has to offer starting a new venture.  We came to Bend in 2009 and started selling real estate in Bend and Sunriver in 2010.  Yes, during the great recession.  We had no sphere, but a dream of a new life for our family in Bend.  Now we look back over the last six years and we’ve been in the top 2% of all real estate sold for the last three years.

We’ve made great relationships with many other Entrepreneur’s, such Savy Agency, SDC Inspections, Bend Premier Real Estate, any many more.

If you would like to explore moving your great idea to Bend, Oregon we can help.  Call us today for information about Bend and introductions to those you need to know to get started.

Enjoy the article below.  Robyn and Scott Tuttle

Entrepreneurs move to Bend with business in mind

By Kathleen McLaughlin, The Bulletin

When she hit upon a second idea for convenience swimwear, a product she calls Wedgis, Drake began looking around for a new home. “It kind of came down to Boulder or Bend or Denver,” she said. “In the end, Bend’s reputation for its startup community is what brought me here.”

Drake, who moved here in July, isn’t the only newcomer arriving with a business in mind. She was one of at least three people in the Unconference pitch contest, an informal event where entrepreneurs vie for a wild-card spot on the Bend Venture Conference stage, who said they had recently moved to Bend for the purpose of starting a business.

The newcomers are in a variety of industries, including food and travel technology, but they all say they were drawn by the presence of other entrepreneurs and moral support. Startup density is an important factor in fostering even more startup activity, according to the Kauffman Foundation, a Kansas City, Missouri, charitable foundation that promotes entrepreneurship.

“It’s really about how likely you are to have serendipitous connections in the community,” said Arnobio Morelix, senior research analyst at Kauffman.

Moving here to start a business is a different take on the move-to-Bend storyline, said James Gentes, a tech entrepreneur and co-founder of the Startup Bend blog. “Normally people move here with a job,” he said. “That’s been the joke — bring your job with you because there’s not a whole lot here.”

One of those entrepreneurs, David Cascadden of Left Coast Raw, lived in Bend as a ski instructor in the late 1970s and early 1980s, but he didn’t think about living here again until he was looking for a way to grow his line of meal-replacement shakes. He had attended a couple of pub talks, networking events where Central Oregon companies pitch ideas, and found the atmosphere encouraging.

“Bend, in and of itself, is a brand,” Cascadden said. He thinks that will be helpful as he’s trying to sell a food product.

Deschutes County generated many more startups, defined as firms less than 1 year old, prior to the Great Recession, but business data from the U.S. Census Bureau suggests startup activity is rising again. In 2014, the most recent year for which figures are available, Deschutes County had 467 startups, or 2.7 new firms for every 1,000 people.

Startup activity across the country is increasing but still not as strong as it was in the late 1990s, according to the Kauffman Foundation, which created an index that tracks activity at the national, state and big-city level.

One thing that’s new for Bend is the visibility of its software technology sector, which is heavy in startups and young companies. Gentes said the Startup Bend blog, initially called Bend Tech, was begun three years ago to raise awareness among investors and others that Portland wasn’t the only place in Oregon with a startup scene.

The blog now is starting to influence people like Drake, who had a friend in Bend forwarding her the blog’s email blasts, and Zilaida Salgueiro, who followed the blog while living in Silicon Valley.

Salgueiro said the blog gave the impression that Bend had a welcoming startup community, and that’s proved to be true since she moved here to launch her online travel guides business, Locals Compass. “People want to help,” she said.

It’s much different than Silicon Valley, Salgueiro said. “Everybody was looking out for themselves and crushing you in the process.”

Other publications are enhancing Bend’s reputation as a place to do business. This week Forbes named Bend the “best small city for business and careers,” citing business costs that are 22 percent below the national average and a high share of the college-educated millennial population.

Drake moved here in July, and earlier this month won the Unconference pitch contest. Although she didn’t win at the Bend Venture Conference, she met potential investors. Drake said she’s also meeting a lot of entrepreneurs, as she expected.

“In general, it’s not this crazy thing to be starting a business.”